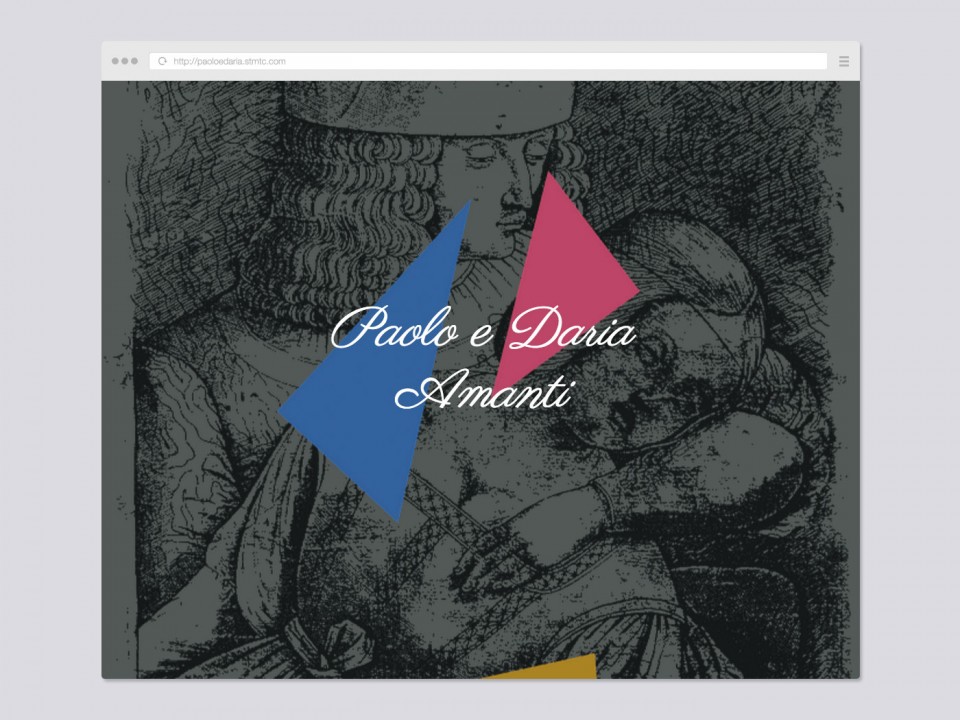 paoloedaria.stmtc.com: Paolo e Daria Amanti is a mini-site made of a single page that presents a modern interpretation of an illuminated manuscript written by Gasparo Visconti at the end of the fifteenth century. The site was built from plates composed of collage of heteroclite images decorating parts of the original text.

The peculiarity of the web version of these illustrated plates is the effect called "parallax" that is used to move the elements of the collage when the user scroll the page, giving so a 3D effect.
Services: graphic design, web design, coding of the HTML page, hosting. 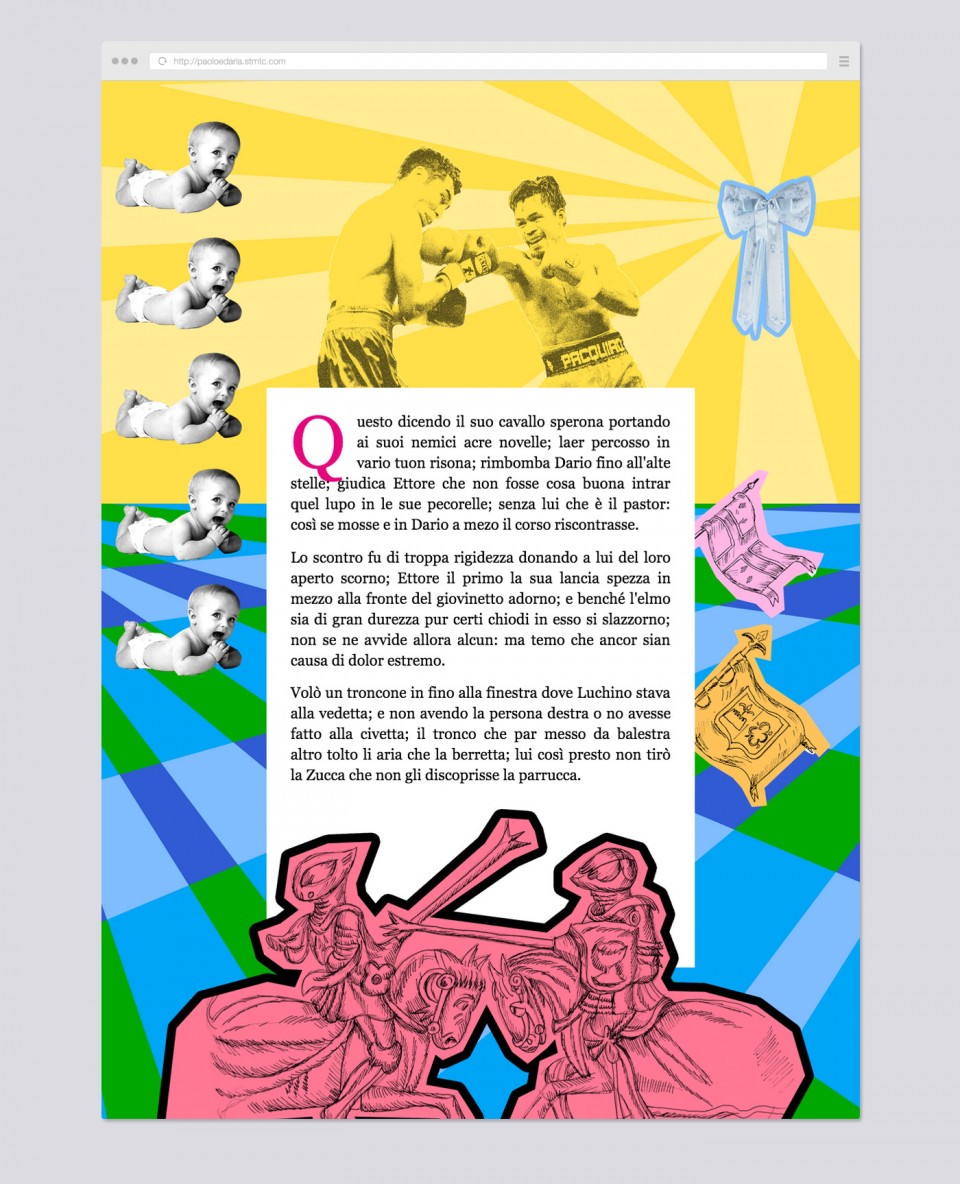